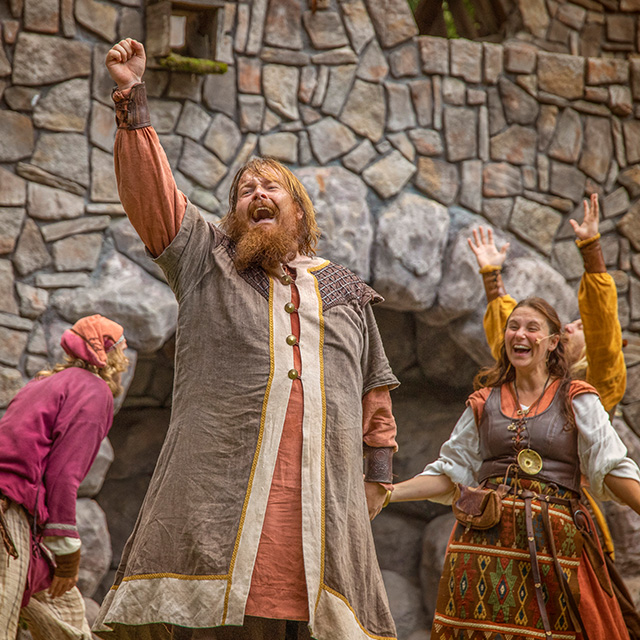 Long before living memory, Borka’s and Matt’s robbers became arch-enemies, and since Borka moved into the inaccessible northern part of the fort without permission to get away from the soldiers, Matt had devoted his days and nights to thinking about how he could kick out Borka and his gang. Ronja and Birk, on the other hand, were not only friends – they had secretly decided to be brother and sister. Now they just wanted their old obstinate fathers to make peace and maybe – as Noodle-Pete always said – join forces into one big strong gang of robbers. But who would be the leader of such a robber’s gang? That was something that could only be decided in a duel – a real meeting of caged animals.