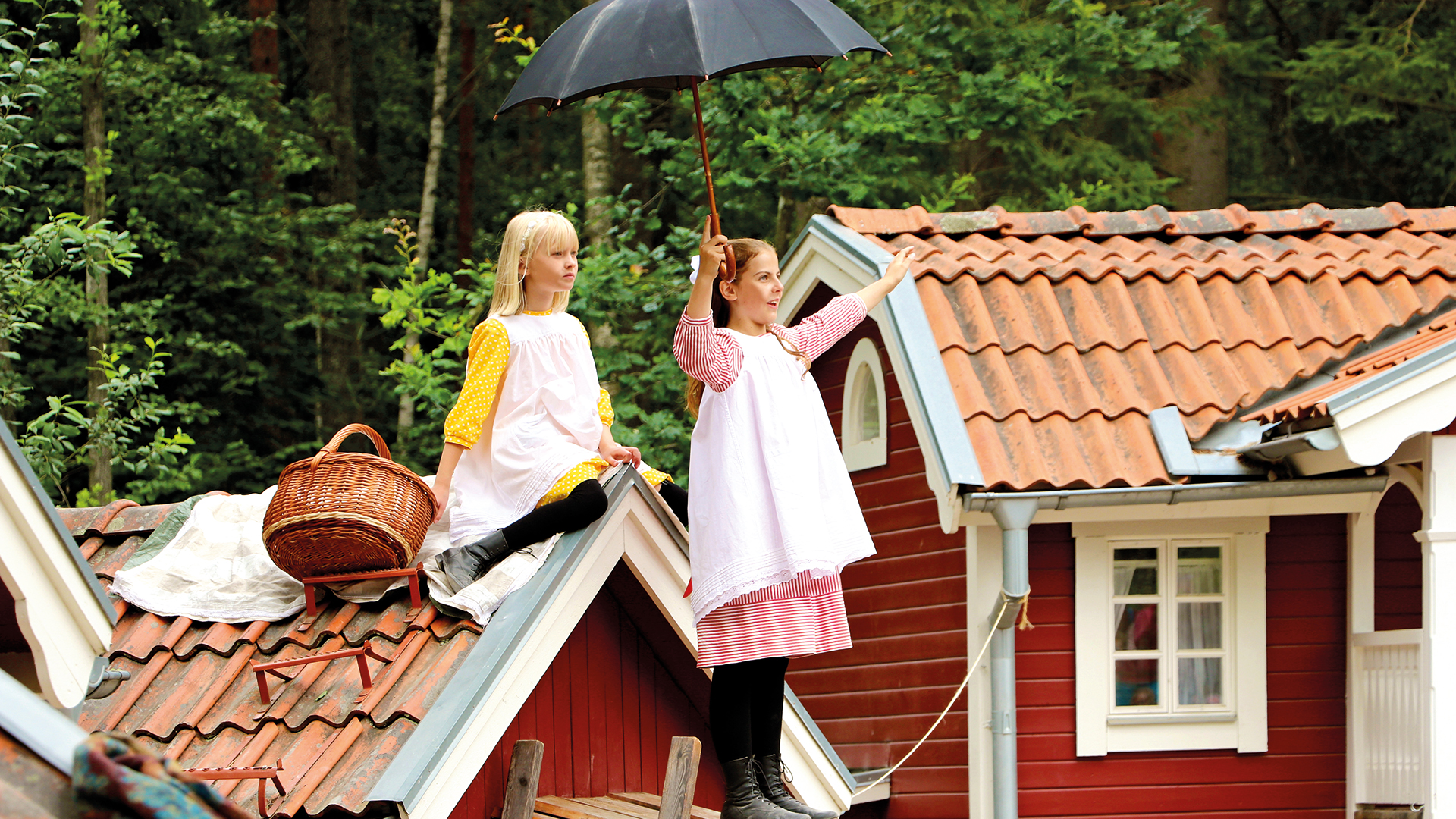 
Mardie lives here in Junedale, in the red house down by the river. Her mother and father and little sister Lisabet, and then Alva of course, who is the housemaid and the kindest person ever, also live here. From the roof of the woodshed in the garden you can see into the Nilsson’s kitchen. Mardie knows that as she and Lisabet had a picnic on this very roof once. There in the Nilsson’s kitchen, Abbe is usually baking pretzels that Mrs Nilsson sells in the square. And Mr Nilsson is usually lying on the kitchen sofa ‘spiculating’. Mardie is a brave and fearless girl. “She has her moments in the blink of an eye,” says Linus-Ida, who comes to help with the laundry. And that’s probably about right. 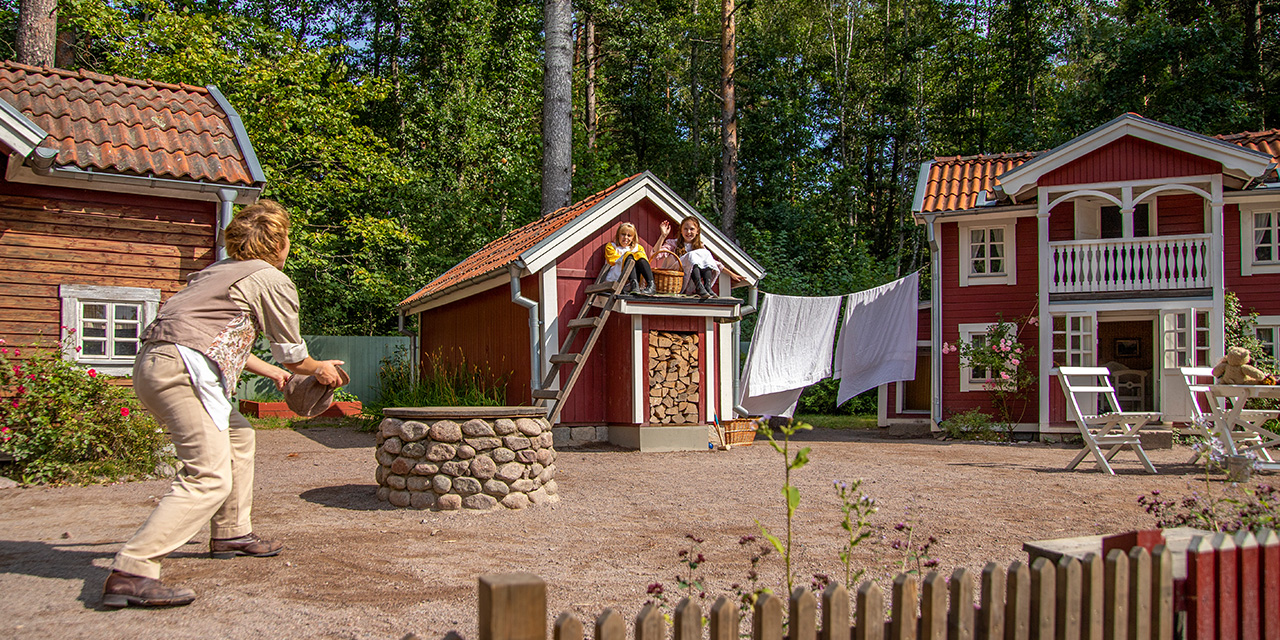 It is here in Junedale that Mardie has her moments. It is here that she and Lisabet play, climb trees and have a picnic on the woodshed roof, and it is here that she and Abbe visit Count Kråk in the wash house in the middle of the night. It is also here that she learns about ‘the helplessness of poverty’ and that not all people are actually as well off as she is. Here you can see Mardie and Lisabet as well as Alva, Abbe and Mr Nilsson. For times, see the daily programme or our app. 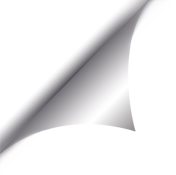 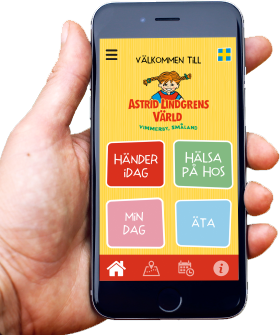 Get more out of your visit in the park and plan your day. You can easily download the app from the App Store or Google Play.