According to Karlsson, he is a handsome, thoroughly clever and suitably portly man in his prime. With the propeller on his back he flies around over Vasastan in Stockholm and lands in his own messy little house on the roof of an ordinary block of flats where the very ordinary Lillebror lives with his very ordinary family. Karlsson is an insufferable and cheeky person who eats all the sweets himself and likes to ‘tirritate’ people. Lillebror loves him despite this and despite his mother, father and older siblings insisting that he has made him up. “They can be made up themselves,” snorts Karlsson. 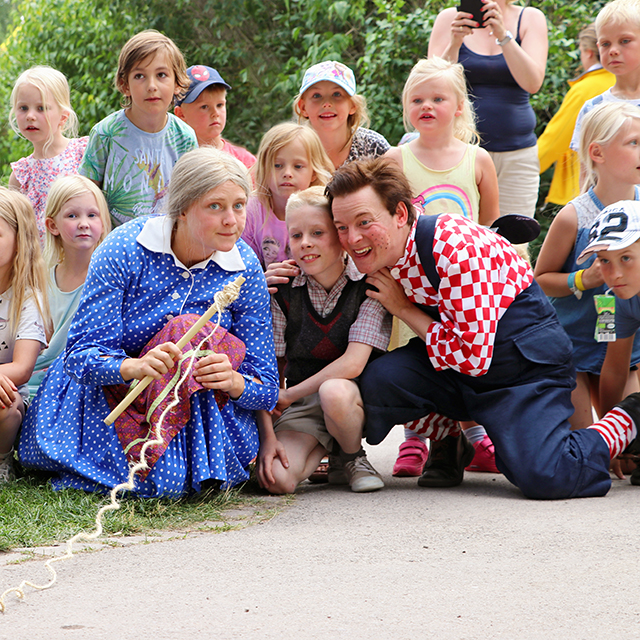 ‘It’s got to go bang and it has to be fun, otherwise I won’t come!’


Karlsson, from The World’s Best Karlsson

You can read more about Lillebror and Karlsson in the books Smidge and Karlson on the Roof (1955), Karlson flies again (1962) and The world’s best Karlson (1968)