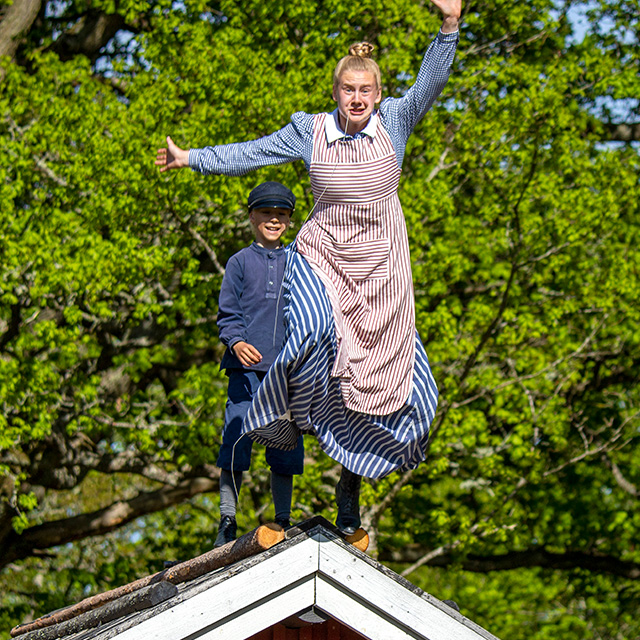 Emil, Anton, Lina and Alfred have been to the auction in Backhorva and are now coming home. Emil has made what his father thinks are ridiculous purchases, Alfred has been in a fight and Lina has got toothache after the Kragstorp farmer gave her too many sweets. Alfred thinks she should go to Sme-Pelle and have her tooth pulled out. Lina doesn’t for the life of her want to go. The mere thought of the expense and how long it will take to pull out the tooth sends shivers down her spine. But Emil comes up with the idea that he can probably pull out the tooth more cheaply and quickly…