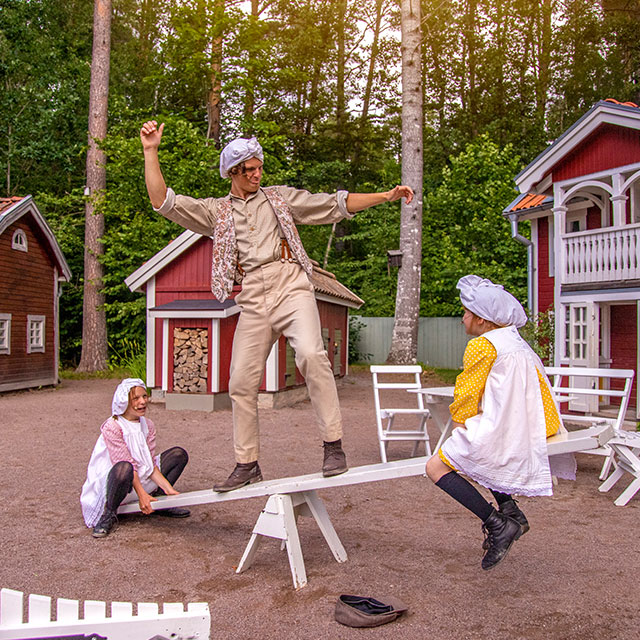 A summer’s day with lice

Mardie lives in the red house down by the river. Her mum, dad and baby sister Lisabet also live there. And then Alva, of course, she is the nanny and the kindest person ever. Abbe, Mardie’s best friend, lives in the house next door, which is called Lugnet. Mr and Mrs Nilsson – Abbe’s mum and dad – also live there. Today, Mardie’s first summer holidays have started. Imagine that something so wonderful can be real! Abbe has bought some rabbits, which he is very happy about. But a fox has started sneaking about the farm at night and Mr Nilsson decides to look for the old fox trap to set it for the fox. At home in Junedale, Alva discovers that Mardie has got lice and has to start some real delousing with sabadilla vinegar.